Melbourne Victory to face the might of Spanish great Andres Iniesta 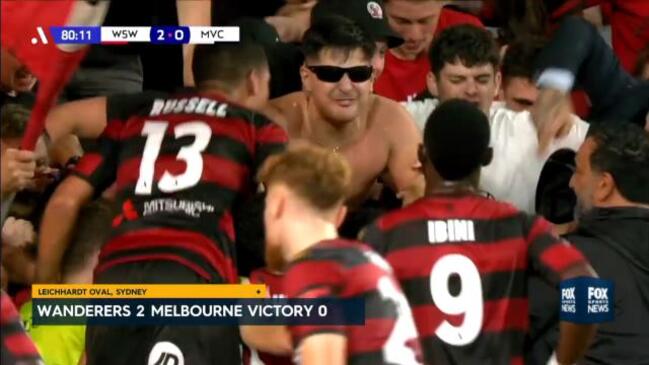 The challenge of going head-to-head with Spanish great Andres Iniesta has added an extra level of excitement for Melbourne Victory midfielder Jake Brimmer ahead of his team’s AFC Champions League playoff against Japanese club Vissel Kobe.

The Victory meet the Iniesta-captained Kobe in Hyogo on Tuesday night, with the winner to advance to the Champions League group stage.

Former Barcelona great Iniesta, who turns 38 in May, is in his fifth season with Kobe.

It perhaps suggests Iniesta will start against the Victory, who earnt a playoff berth via their FFA Cup final win.

“We all know about Iniesta,” Brimmer said from Japan on Monday.

“It’s a massive experience for myself personally. It’s something that I’m really looking forward to and hopefully putting on a performance the same way I have been in the A-League.”

While the Victory will start the match as underdogs, they can’t be written off, particularly considering Kobe are yet to win in six J-League matches this season.

“We want to win things and progress as a club moving forward, so we’re taking this very seriously like every game that we play,” Brimmer said.

Victory coach Tony Popovic said: “I’ve never played a game not confident to win, so I don’t see why Tuesday is any different.

“It’s a great game to play. Vissel Kobe is a fantastic team, a fantastic club, and finished third in the J-League.

“It’s a wonderful challenge for us as a football club to be on that stage.

“We’ll do everything we can to make our club proud and the league proud.”

Popovic is no stranger to Champions League success, having coached Western Sydney Wanderers to tournament glory in 2014.

“It’s exciting that we’re in this position and we need to grab it with both hands,” Hamill said.

“We can’t go there scared. We have to have full belief and we do.

“We’ll be going there with a mentality and an attitude to get the job done.

“We’ve got a lot of winners, a lot of experienced players and a lot of young boys coming through pushing. It’s a good squad to be in.”

Any questions related to Melbourne Victory to face the might of Spanish great Andres Iniesta?